A Video of the theatrical production: A NEW YORK LAMENTATION shown as a workshop during the 2018 Diocesan Convention produced by the diocesan Reparations Committee. The play was written by the Rev. Chuck Kramer, rector of St. James’ Episcopal Church in Hyde Park, and directed by directed by Jeannine Otis, a musician, actress, playwright, director and author. She is the musical director for St. Mark’s in the Bowery in Manhattan and Rural and Migrant Ministry. chronicles the institution of slavery that existed in New York, including the Hudson Valley, for more than 200 years. The video runs for about 1 hour with the narrative of the play beginning 5 minutes into the video.

The image of Richard Jenkins (ca. 1783-1857)  who was enslaved and owned by Samuel Bard’s and the first sexton at St. James’  provides you a sense of the level of history this play provides.  He  was recorded in the parish treasurer books beginning in 1822, however it is surmised that he actually began in 1817 and was not salaried until 1822 since at his death in 1857 he was declared “forty years sexton”. 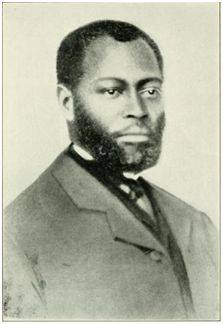