Zora Neale Hurston is considered one of the pre-eminent writers of twentieth-century African-American literature.  She was closely associated with the Harlem Renaissance and has influenced such writers as Ralph Ellison, Toni Morrison, Gayle Jones, Alice Walker, and Toni Cade Bambara.  In 2015 she was the second black woman inducted into The American Poets’ Corner at the Cathedral Church of St. John the Divine.  The Cathedral’s American Poets Corner is modeled on the Poets’ Corner at Westminster Abbey. No writers are entombed within the Cathedral, as is sometimes the case at Westminster Abbey; rather, stone tablets are carved with names, dates, and a line from each writer’s work.  To learn more about Zora Neale Hurston refer to this link that leads to Official Website of Zora Neale Hurston. 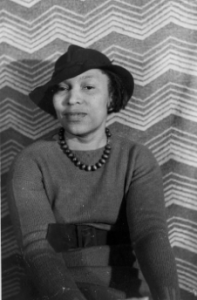