The retired Rector of the Kingston Parish Church, the Rt. Rev. E. Don Taylor, died in a New York Hospital on Saturday afternoon, May 24. He was 77 years old. Bishop Taylor who had been ailing for some time following a heart attack late last year, resigned his tenure at the Parish Church in December 2013. Deteriorating health forced him to seek medical treatment in New York.

Bishop Taylor’s career path, which spanned some 52 years, lifted him to prominence in two spheres, education and the Church. He served initially at St. Mary the Virgin, then a small mission at Molynes Road and Washington Boulevard. After advanced studies at the UWI, Mona and Trinity College, Toronto Canada, he was named principal of Kingston College, following in the footsteps of his mentor, the Rt. Rev. Dr. Percival Gibson.

He served in that post until 1973, when he migrated to the United States of America where he ministered to congregations in Buffalo, New York and Atlanta, Georgia for 14 years. In 1987, he was elected Bishop of the United States Virgin Islands, returning to the American mainland in 1994 to assume duties in the newly-created position of Vicar Bishop of the Episcopal Church, New York, a post which gave him oversight of some 80 churches.

Bishop Taylor returned to Jamaica in 2009 and, in September that year, he was admitted to serve as the 29th Rector of the historic church of St. Thomas the Apostle, more commonly known as the Kingston Parish Church. He became a familiar sight in the streets and lanes around the Parish Church as he embarked on a mission to reach out to persons, especially the young, in downtown Kingston. Bishop Don, as he was affectionately known, created special programmes for children in the community and at Central Branch School for which he was Chairman. A monument to his indefatigable energy and vision was the formation of the Musical Apostles Steel Band comprised of youngsters and parents from the Church and the surrounding area.

Bishop Taylor is survived by his daughter Tara and a wider family, including the Churches which he served with dedication.

For his zeal as an educator and, above all, as a dedicated servant of God, Bishop

Taylor was awarded with the National Honour of Commander of Distinction (CD) by the Government of Jamaica in 2012. Kingston College also honoured him for his commitment to education and the school. 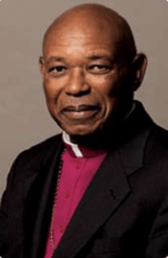