The Rt. Rev. Catherine Roskam served as Bishop Suffragan in the Diocese of New York for sixteen years before retiring to Los Angeles in January of 2012.

In July of 2014 she was called to serve as Bishop-in-Charge at St. James for an extended period of transition and exploration, which will lead to a search for a new Rector in the future.  Bishop Roskam is a graduate cum laude from General Theological Seminary in New York and was ordained to the priesthood in 1984.   She has served several parishes in the Dioceses of New York and California, where she later became Missioner, before being consecrated Bishop in 1996.  Bishop Roskam is known for her work in congregational development and education, founding the Global Women’s Fund of the Diocese of New York for the education of Anglican women in the developing world; All Our Children, an initiative in support of public education in the U.S., and co-founder, with the late Bishop Mdimi Mhogolo, of Carpenter’s Kids, educating 7000 AIDS orphans and other vulnerable children in Tanzania.  Bishop Roskam has served on the Executive Council of  the Episcopal Church, the Anglican Consultative Council, and the Board of Trustees of General Seminary.  She has been an Associate of the Society of St. John the Evangelist since 1981. 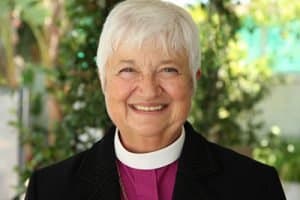