By the early 1800’s, the “Free African Church of St. Philip” was formed by those who refused to continue to accept the racism they faced in worship and who wished to worship in the “Anglican Way.”  In 1809, St. Philip’s Church was organized and led by Peter Williams, Jr., active in his community as a social leader as well as a spiritual one. He was a member of the American Anti-Slavery Society and co-founded the first African-American newspaper in the United States, Freedom’s Journal.  The church was originally located on Centre Street; that building was destroyed by fire in 1822 and subsequently rebuilt in brick. In 1826, Peter Williams, Jr., was ordained to the priesthood and became the first rector of St. Philip’s Church. He remained in the position until his death in 1840. He was a graduate of the African Free School. 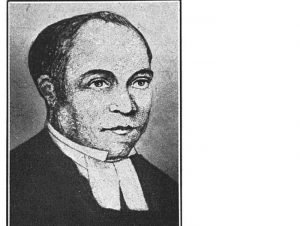