The Reverend Charles A. Wynder, Jr.

Charles “Chuck” Wynder, Jr. is a bi-vocational priest who serves as the Officer for Social Justice & Engagement on the Presiding Bishop’s Staff for The Episcopal Church.   He works to build capacity for advocacy, embodied witness, and community engagement around social and racial justice in communities throughout the Episcopal Church.  His work includes building and enhancing local networks and developing unique leadership development initiatives.  Chuck also serves as Priest-in-Charge of Holy Comforter Episcopal Church St. Andrew’s Parish in Washington, DC.

Chuck previously served as the Executive Director of the Boston Workers Alliance.  Prior to moving to Greater Boston to attend seminary, he served as Vice-President of Programs at the National Legal Aid & Defender Association.  Chuck also served as the Executive Director of Legal Services of Eastern Virginia; as a Deputy Commonwealth’s Attorney in the Hampton Commonwealth Attorney’s Office and an attorney in the Army Judge Advocate General’s Corps.  He served several years as an adjunct professor at Hampton University teaching Constitutional Law: Civil Rights & Civil Liberties.

Chuck studied at the Episcopal Divinity School, MDiv  ’12.   His thesis was entitled, “Revisioning the Afro-Anglican Church: Discernment, Leadership & Praxis.”  He uses his Master of Divinity Degree, along with his legal background and training to assist organizations and leaders in their work to increase capacity, enhance effectiveness, and align vision and mission.   A Truman Scholar, Chuck is a native of Hampton, Virginia and is a graduate of Syracuse University and the University of Michigan Law School.  He is married to Bethany Dickerson Wynder who serves as the Coordinator for Special Events and Programs in the Office of Institutional Advancement at Beauvoir, The National Cathedral Elementary School.  They reside in Washington, D.C. where they are raising their son Charles Allen Wynder, III (Chase). 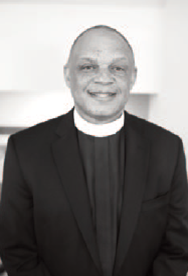