Alexander Hamilton, the first Secretary of The U.S. Treasury, was a Trinity pew holder and a founding member of the New York State Society for promoting the Manumission of Slaves. He is remembered as an American statesman, one of the founding fathers of the United States, an influential interpreter and promoter of the U.S. Constitution, as well as the founder of the nation’s financial system. 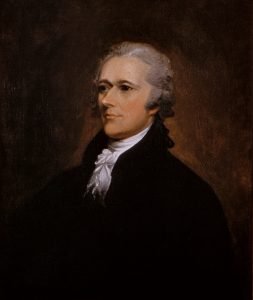