Richard Jenkins (ca. 1783-1857) was enslaved and owned by Samuel Bard and the first sexton,  and the first sexton at St. James’ whose name was recorded in the parish treasurer books . beginning in 1822.  However it is surmised that he actually began in 1817 and was not salaried until 1822 since at his death in 1857 he was declared “forty years sexton”. General emancipation of slaves in New York State did not occur until July 4, 1827, so perhaps he was still a slave in 1817 and either did the work and was not paid for it, or was paid in piece wages; it was not unusual for slaves to be paid for odd jobs, which is how some were able to save enough over time to buy their freedom. Richard Jenkins appears as a head of household in the federal census of 1830, but not in 1820, so sometime between 1820 and 1827 he was freed, perhaps by Samuel Bard’s will in 1821.

There is information indicating that before he became the sexton, and perhaps before the church was built, that Jenkins worked at a store run by Samuel Bard at Bard’s Rock. Known as Bard Rock today, it is one of the four Hyde Park landings along the Hudson River, and currently part of the Vanderbilt estate. Jenkins helped to build the church, and he and his wife Nancy were confirmed in 1829. 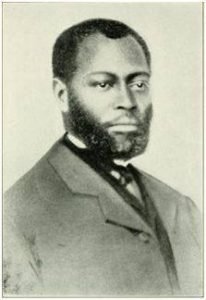