Dr. Samuel Bard (1742-1821), the founder of St. James’ was a slave owner. He is considered, along with his father Dr. John Bard and Dr. Benjamin Rush of Philadelphia, one of the leading physicians of the colonial and early federal periods. But Bard was also very interested in the study of botany, which came about when he was around the age of 14 during his convalescence from a serious illness. While his father was more interested in the commercial potential of the family estate in Hyde Park, Samuel indulged his love of plants and agriculture. Always looking for agricultural improvements, he helped introduce Merino sheep to the region, and in 1806 he founded the Dutchess County Agriculture Society, serving as its president for many years and using his position to advocate for the use of clover as a crop and gypsum as a fertilizer. Samuel enjoyed landscaping the grounds of his estate, and he set about planting exotic plants and trees. There is a large Ginko tree on the lawn south of the Vanderbilt Mansion he is said to have planted in 1799, which would make it the oldest one in North America. The greenhouse he built in 1820 is said to have been the first one in Dutchess County. 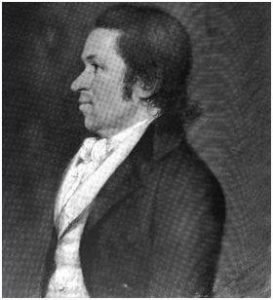