Dr. James McCune Smith was born in New York City in 1813 to his enslaved mother Lavinia Smith. He sought to study medicine but was not admitted to a U.S. medical school because of his race, so he left to study at the University of Glasgow where he earned a BA, MA and MD, returning to the U.S. as the first university-trained Black American physician. He went on to have a distinguished career, treating both white and black patients in lower Manhattan, as a staff physician and later medical director for the Colored Orphans Asylum, and also as a pharmacist. A scholar of note, he published the first medical scientific paper by an African-American in this country, and a number of articles that used sophisticated statistical analyses to disprove prevailing theories of racial inferiority. He was also a staunch abolitionist, an ally and friend of the great Frederick Douglass. In 1845, Vestryman James McCune Smith and Alexander Elston sought and were denied admission to the Diocesan Convention. It was not until 1853 that St. Philip’s was allowed representation at Diocesan Convention. 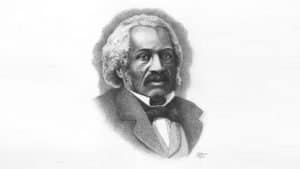